Chris Sky Tells A Compelling Story of Resistance: With COVID Over, What Will They Try Next?

Listen to Chris Sky, he is really switched on. He can talk the hind legs off a dog. He saw the future before it happened and he is still doing it.

Tommy Robinson interviews Chris Sky. His message is clear – “Just say NO. Do not comply. Ever.”

The powers that be do not have our interests at heart. They only care about themselves.

This interview by Tommy Robinson and UrbanScoop.

Tommy Robinson “This interview was quite possibly the easiest one I have ever done. Chris has a lot to say, he’s well informed, he’s relentless, he inspires people to ‘Just Say No’ to government overreach.”

“I have watched Chris for some time now and admired his relentless pursuit for truth in a mad world of mainstream media disinformation.”

You can find Chris on GETTR here – @RealChrisSky

Chris Sky helps people to understand and to assert their rights and preserve their freedoms. He leads by example with his very life on the line. His mission is to help and educate others, but this has lead to him being targeted and persecuted by the Canadian government. He says this targeting is being done “in previously unspeakable ways, which are now becoming commonplace.” The people in control of many countries around the world are taking us step-by-step towards tyranny. 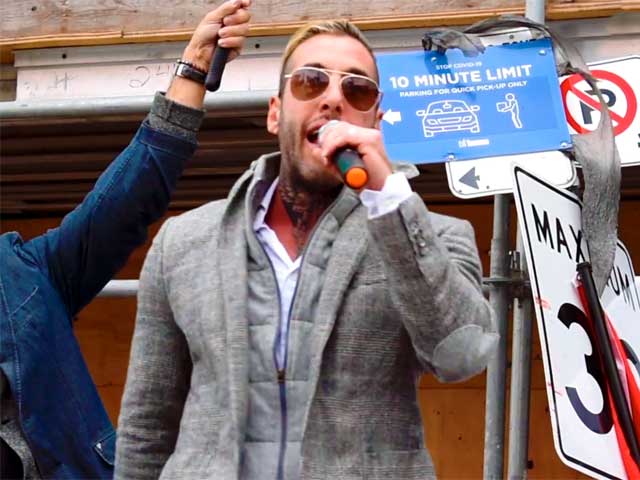